It’s Not Late for Change : Lead Your Life, Your Way

You’ve been asleep for an unknown amount of time. All you know is that it’s been years since you first fell into a deep sleep. You awake to find that the world moved on without you; all of your friends have careers and degrees and families. Your parents are older, and your extended family members all have careers and families as well.

After you get your bearings, your next struggle is to decide what to do next. You quickly realize you’re much older than everyone else who is going to university. You also see that most people your age already have a spouse and children, not to mention a car and a home and other material items.

It feels like everyone else in the world has chosen a path and executed their plans successfully, leaving them to live their lives just as they had planned. Where does this leave you? Where is your path?

Because you’re past the prescribed ideal age for university or marriage or children or to begin a career, you simply give up. It feels like it’s too late now to start at the beginning. It feels overwhelming, and like you’re the only one who has ever felt this way. Life isn’t supposed to be like this. Right?

This scenario is a bit extreme, but the result is something many of us have experienced. What’s the result?

We’re so far outside of what is considered the ideal for something, that we never go for what we really want.

When I was choosing which direction I would take for my master’s degree, I was considering engineering, medicine, and law. A close friend echoed my own thoughts when she pointed out that those paths were very demanding and I wasn’t a young kid anymore. Factoring in my age, I chose a different path for my career. I was only 32 at the time.

At that moment in time I chose to be something else because I didn’t feel like I was enough. That feeling was reinforced as I continued to choose things based on my own beliefs about my worth. I was often choosing a different path because I wasn’t enough, or I was too much.

How many times have you done the same? Even simple things, like not wearing your favorite color because you feel like it makes you look larger than you are.

Don’t set yourself up for failure by allowing others to determine what you can or cannot do. If you’re not doing what you want to be doing, then it’s time to begin again. You are worthy of happiness. Period.

Where do you start?

Stop Changing for the World 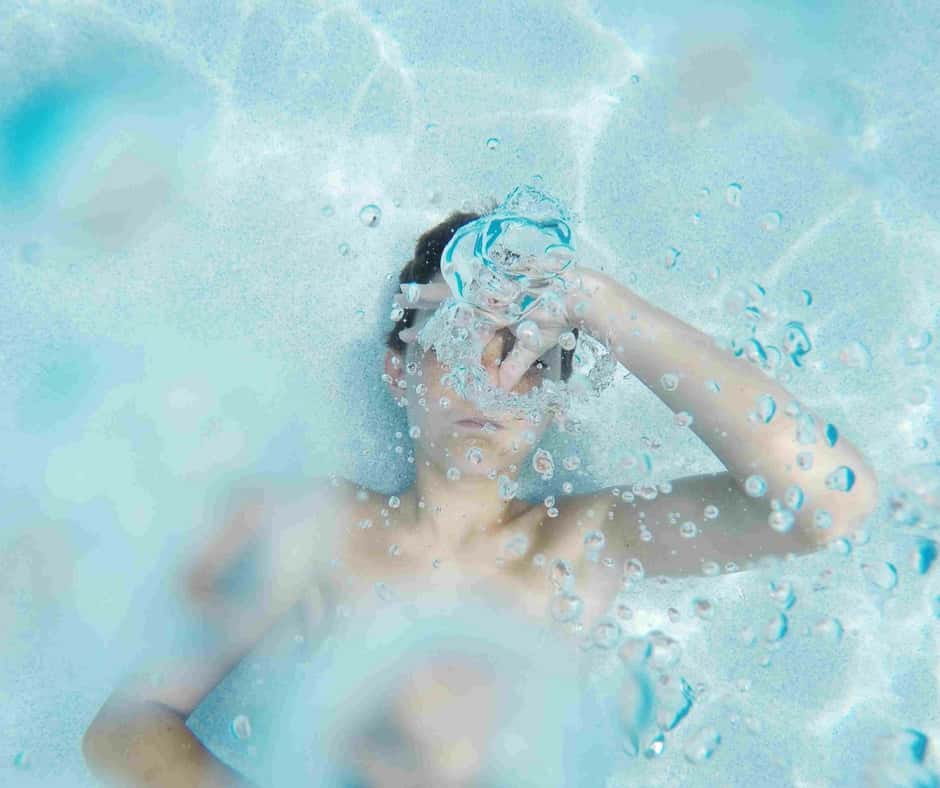 I reached a point where I felt very much like the real me was underwater. I could scream and thrash, but the surface of the water would remain calm and quiet. I was screaming on the inside, feeling completely stuck with no way out, while on the outside I continued to be everything I was expected to be. I learned a hard lesson that took me so long to understand. The lesson isn’t even that profound. It’s a simple truth, but I hadn’t owned it, claimed it, and implemented it into my life. What is that truth?

Stop changing everything about yourself to fit the ideals of the world. Instead, change the world by living life in a way that is true to what drives you. Wear that orange dress because it’s your favorite color. Go back to university to start again because that’s what you’re passionate about. Apply for that position with confidence because you know you are exactly enough and worthy of good things in your life.

Stop changing for the world; start changing the world.

One step, in whatever direction you choose, will start to shift your momentum. The hardest part is getting started because it’s difficult to fight momentum, to change old patterns. But, if you determine that you will stop changing for the world, that’s one positive step. Don’t stop at one. Take the next step, too.

Change can be so terrifying. Stepping out, putting yourself out there feels like such a risk. You already know what this path holds for you. Starting on another path means facing so many unknowns. But, if this current path has no happiness to offer you, then why not take the leap to begin a new path?

Are you fearful of what the world is becoming? Is that part of your reasoning for holding on? Don’t let it be a factor.

Change starts with you. It starts with me. Let’s change our lives to be what we want them to be and watch the positive ripple effect it has on our lives and those we touch.

How many people will be affected by your one decision to live life on your own terms? How many will see the change and its effect on your life? Will this help them also choose to live their lives in a way that is perfect for them? You don’t know the answer if you let fear stop you from stepping out and taking that chance.

Get Out of That Rut and Change

Do it! Get out of that rut! Even one change in your life will feel so good. Don’t wait another day because once you take that step, you’ll wonder why you didn’t do it so much sooner.

I believe so powerfully in the importance of taking those first steps to reverse your momentum that I’m offering you a helping hand. Let me help steady you as you fight the current and start to reverse the flow. At the bottom of my homepage is a spot for you to sign up for your free “Get Out of That Rut” power session. Follow this link and sign up. We’ll spend time talking about where you’ve been, where you are, and where you really want to be. Let me help you.

I look forward to hearing from you.