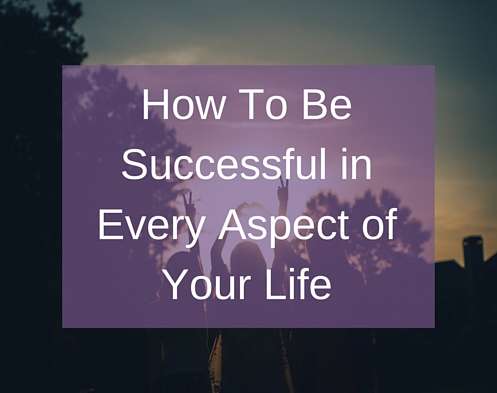 What’s at the core of being successful?

If we examine the successful people we know and those who are known the world over, we see common traits such as intelligence, a willingness to take big risks, and an ability to plan and execute complicated plans. One thing that is often overlooked, though, is that these big, complicated plans aren’t successful because of the actions of one person.

Almost everyone knows the name Steve Jobs. Jobs was the innovator behind Apple for many years and one of the original founders. Something some may not realize, though, is that Jobs had no real computer electronics knowledge when he created Apple. His friend and co-founder was the one who had all of the technical knowledge.

What Jobs had was a vision for what could be. He also had an ability to bring people together and rally them around a project or a vision. He took an overwhelming goal and made it executable. But, what would he have become if he hadn’t walked his journey with his friends? What would have happened if his friend didn’t enjoy tinkering with electronics? What would have happened if he chose not to involve anyone else in the creation of Apple?

The multi-billion dollar company would not exist. It would not be here. Period.

How does that apply to us?

When I began my journey to find my inner purpose and clarity, I had a thought that I am quite sure many of us have or have had at some point in our lives. My thought was that I needed to do everything on my own to be successful.

I felt like it was shameful to ask for help and to tell people what I am really thinking about.

I thought I was certainly the only person who was feeling a little lost and unfulfilled and that no one else would understand what I was going through. I thought that my friends may not judge me negatively if I spoke up about my feelings, but they certainly would not understand. So, I trudged along on my own.

As I went along, I was making progress in uncovering my inner purpose. I was beginning to get somewhere with all of this, but I still felt very alone and isolated. Finally, it reached a point where I felt that I was no longer growing and I didn’t know what to do about it. I wasn’t doing well on my own any longer.

With great reluctance, I reached out to those around me and I asked for help. I explained to them how I had been feeling and what I would like to accomplish. To my delight and relief, they understood perfectly how I was feeling because they had been in similar situations as well.

I had been hindered by shame, but why? Where does it say that we have to do everything on our own to be successful?

After reaching out to my friends, I realized I was not alone. I felt relieved and a little foolish that I had assumed I was the only person feeling this way. I continued to grow and take action every day. I had needed that feeling of belonging. I had needed to know I was not alone in my journey.

The biggest lesson I learned from this is that we are ALL on a journey, and there is nothing as wonderful as walking our journey with other people.

My friends push me on when I need them. We share, support, and grow together, and that’s the way it should be.

Take your relationships seriously. Treat each friendship or relationship as something that needs your attention to thrive, because it does.

Having an ally is so important for personal growth and satisfaction. We are beings designed to thrive as one part of a relationship that gives us a voice and security. That relationship may be with a family member, a friend, or even a coworker, but we need allies in our lives.

So, how are you developing your connections and community? Do you have allies? If not, I encourage you to begin developing connections today. These connections will make such a difference in your journey.

If you’re unsure where to begin or how to find allies, then I encourage you to book a discovery session with me.

Get in touch now for a Discovery Session.